A year ago there was a feature on BBC1's Watchdog featuring DVLA and the many problems that they have failed to resolve. You would think that having just one organisation that does everything would save time, money and hassle but in fact having the DVLA deal with the responsibility of handling thousands of licences and entitlements is in fact a joke. Every aspect of driving has to be declared to the DVLA such as applying for a provisional licence, getting a full driver's licence, declaring a vehicle off road (SORN) and even any medical ailments that may affect driving ability.

What happens when the DVLA get it wrong

Unfortunately in the last year alone complaints to the DVLA have as much as tripled; there have been reports of licence holders having their licence destroyed, having vehicle entitlements removed and even fined for not telling them a car is off road. Having a car becomes part of our daily routine, whether it's driving to work, going to the gym or shopping and having your car taken away from you because of a silly mistake is just uncalled for. There have also been reports of drivers having their licence destroyed after the DVLA cannot find a record of them ever passing. The majority of people this is happening to are really those who have held their licence for a long time but it shouldn't be happening at all.

The DVLA is responsible for keeping their system up to date and accurate but it is up to you as a licence holder ensure that it is. There was a case of a lady who had her vehicle seized after she didn't pay a fine of £60. She had changed address and given the DVLA the wrong address and when she realised her mistake she informed them. The person handling her call said she would sort it out and all new correspondence would be sent to the correct address. The call centre worker failed to do so and the result was the car owner had no idea she had a fine of £60 that rose to £967 while reminder letters were sent to the wrong address and finally leading to debt collectors being called in and getting her car sold.

There was also a case of a young man who went travelling for a year and his dad filled out a form declaring the vehicle SORN (statutory off road notification). What he didn't do was call up to check that they had received the application. When the tax disc ran out, he was fined £80 for not declaring the vehicle as SORN.

How to prevent problems with the DVLA

Of course nobody is perfect but the DVLA really needs to do something about the many complaints it receives every year and find ways to make their system better so that the mistakes they've made in the past do not happen again.

gices Published 10 Jun 2010
I'm a Software Developer and the founder of Clever Dodo. I encourage people to practice MAM (Movement/Arts/Meditation) for a well-balanced and happy life. Born in Mauritius and now living in the UK, I usually blog about fitness, music, spirituality and driving topics to pass on my knowledge.

This is a premium community exclusive to our members to discuss all things motoring where some of the discussions have been made public but read-only for you to get a taste of what it's like on the inside. Membership is £9.99 for 30 days access, collected through Paypal and can be subsequently renewed or cancelled as you see fit.
2898 members . 1217 topics . 2221 posts
Join Community
Si
Simon_2 15 Oct 2019

I sent my licence off to have some penalty points endorsed, the police wrote to me informing me that the dvla will write back to me in usually 21 days, it's been nearly 6 weeks now and the dvla still haven't contacted me, what do i do? do i have the right to appeal against it?

Did you call the DVLA to see what was happening with your licence first?

I sent my licence off to the DVLA at the beginning of August for a medical renewal. It has taken them until now (November 19th) to advise me that it will be another nine weeks before they can send me a new licence. Not only can I not drive a car, but my Wife is disabled and I am unable to take her out to the shops etc...This is totally unacceptable, I think another private company should take over, who work to deadlines.

Had to exchange an irish licence for a u.k. as the bus company wanted a u.k. licence. Forms were sent back after 3 weeks as a couple of questions were not filled by the doctor. I had to go back to the doctor and get her to sign and date each missing answer. Sent it back and after another 2 weeks the licence arrived. But after checking the licence it was missing the category D bus entitlement which I needed for the job. It all went back again and another 3 weeks later I am still waiting. The job was offered 5 weeks ago and I am just sitting around doing nothing until it arrives. I can really see now how over beurocratic organisations can ruin lives.
By the way when I changed my english licence to an irish one 5 years ago it only took 1 week and it was all correct.

I'm sorry to hear that. Have you made a complaint to stir things up?

I have been waiting for months for dvla to get back to me when i can drive, I was told to give my licence back to them 3 years ago I've recently had a pacemaker fitted and still no answer when I ring up somebody on the other end of phone that has not got a clue, saying that were waiting for or doctor to have a look, which medical doctor the one that decides when he has had enough holidays he do some more work, they keep saying it going to be the this date that date nobody has a clue this is why there are so many mistakes in this country to many chiefs, so how long will i wait let's see give them another week and ring them see what excuse they come up with this time maybe the medical doctor could be playing golf instead of doing some work, who knows.

I have bee driving for nearly 10 yrs and I can say I am not from this country but now I live & work here, so don't tell us how people in UK drive. By passing "hazard peception" on computer screen doesn't mean you are expert. 75% people who have driving license don't know how to drive and big hue & cry is being made of driving, it's just another mockery as everything else is. Sorry to say but this is true.

Tracy wrote : "People who do not complete the DVLA driving test, are maming or killing people. 99% are not from this island. They do NOT acknowledge trafflic light sequence going through red lights,junctions,roundabouts ,pedestrians,cyclist,motor cyclist or even other road users.When it comes to EMERGENCY Service vehicles, they dont know what to do.They NEED to be told or shown how to drive like every other person that has passed the DVLA driving test. I can spend alot of time driving and see some very dangerous manoueuvres and pedestrians on near death expericence" and your point is exactly ?????

Sent provisional licence four weeks ago and not heard anything back, just wondered if you had receved it yet x

People who do not complete the DVLA driving test, are maming or killing people. 99% are not from this island. They do NOT acknowledge trafflic light sequence going through red lights,junctions,roundabouts ,pedestrians,cyclist,motor cyclist or even other road users.When it comes to EMERGENCY Service vehicles, they dont know what to do.They NEED to be told or shown how to drive like every other person that has passed the DVLA driving test. I can spend alot of time driving and see some very dangerous manoueuvres and pedestrians on near death expericence.

i passed my hgv class 1 in june 1988. i have been driving artics since then. last sept was stopped in my car was done 4 only having provisional licence.dvla say i was banned or licence revoked in 2000. they couldnt tell me why where or when. i have got my car licence back but not hgv. solicitors want £200 an hour, so i went to local MP i gave him relevant info where who and when passed hgv. even sent photo copy of my licence with hgv on.i was sent back letter saying dvla can't do anything without original licence wich i have not got.dvla are a law unto themselves. even with local MP involved getting mocked about. might as well become perpetual criminal.

Over a month ago I sent my driving licence into dvla swansea to get a change of address on it. When I had got it back it didn't have my c1.c1e on it, so I sent it back to them to get this mistake sorted out. Ever since I have made serveral phone calls to dvla swansea to see what is happening about my driving licence. Everytime I call I keep getting told that I should get it back shortly but I am no further forward. My employer keeps asking me to see my driving licence as they review our licences every 6 months which I can't provide to them as I haven't got It back, so what do I do? 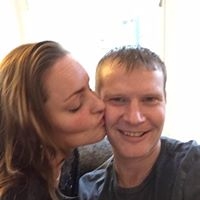 1 replies
2K views
DVLA sent licence back but was charged with driving without licence as ban was not over
Ha
kl
1 replies
1.1K views
Went for detox in hospital and now DVLA is treating me like a drink driver
fr
er
1 replies
931 views
DVLA medical raised GGT level
St

1 replies
1.4K views
Can I refuse the DVLA drug test?
To