I own car; it's registered in my daughter's name. She is only driver but got money problems - need to prove to debt collectors that I own car but got no receipt as bought for cash and lost it.

Our one-click login makes it easy to share your thoughts. You can ask your own questions, get email notification of replies to your posts, add your comments, and give a thumb-up to the things you like.

Someone claiming he's the owner of late father's car what do I do?

My father recently died and my brothers and i have obtained probate to deal with his 'estate', in doing so we have arranged the sale of the house and contacted DVLA to change the V5 details of his (3) vehicles into one of our names.

I have now been contacted by an unknown man who states that one of my fathers cars is his and that he loaned it to him.

The car was registered to my father, insured and taxed by him and as far as i am aware he was the owner of the car as was he for the rest of his property.

I have no other paperwork relating to the vehicle as its been 3 months now and most 'non needed' paperwork was disposed of during house clearance.

Does this person have a claim or is he just 'chancing his luck'....??

Was wondering if someone had knowledge on this issue I have! My uncle become poorly and could no longer drive and offered me his car which I bought cash and then sold it a few months later. It was all official and done through DVLA from my uncle to me, and we're only talking £2,000. But as my uncle has deteriorated further we've contacted his son who he hasn't spoken to for years to allow him to make the choice whether to see his dad or not at this delicate time. But instead of seeing him he wants to know purely about his finances! He now wants details regarding my sale of the car!!! But surely it's none of his business as the car was in my name?

My partner took out a loan so I could buy a car. I paid instalments but car was purchased in his name a is log book but insurance in my name with him as name driver. The car cost £6400, when we split I had paid him £1,700 and left him the car. In the mean time I borrowed £7000 from my mother and purchased another car. We got back together after 2 months, he had kept the car and told me to sell mine and buy the car back off of him which I did. I sold car for £6400 which is what I had to give him for the original car. To this day (4 months later) he has never given me a receipt or the log book but insurance back in my name. I have no records of giving him any money as he always wanted cash. I feel as though I have been ripped off. I have paid for all maintenance which has turned out to be very costly and tax as well as the insurance. Over £8000 for a car that cost him £6400....please can you help and explain if I have any rights at all

On the V5/V5C (logbook), whose name is listed as the owner? I think it's section 3 of the logbook.

Can I take driving test in my own private car?
Te

ji
5 replies
1.1K views
Can I buy a car without a licence?

1 replies
1.3K views
Can I ride a 125cc bike on full car licence without CBT?
Ja

7 replies
21.6K views
Can I drive a fully comp car without any insurance of my own?
ra

zx
5 replies
755 views
How can I insure a vehicle I am restoring but do not own so that I can drive it to the MOT station?
bj
jo
1 replies
557 views
Registered keeper sold car which I own, what should I do?
ni
ju

4 replies
3.4K views
How to show or prove that my mother is the owner of the car where I am registered keeper?
al

3 replies
15.5K views
5 Important Tips When Buying a Used Car Without a Mechanic 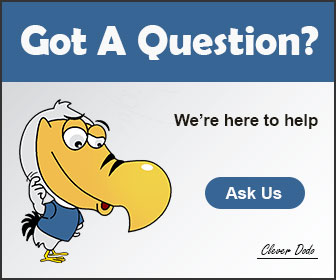